Grading exam to earn the right to grade (to ensure …

Thanks for the info - I think I remember there being a word limit but didn't realise it was that long already so good to know.

I think I just question whether adding such a test is only going to create yet one more barrier for people who would really just like to get on with things and enjoy the site. There are lots of people who grade well right from the start. Another possible issue is the fact of there being enough graders per each piece of homework. With a barrier in place, there is no doubt that some may get put off or never get as far as actual grading; in which case there may be fewer graders overall, meaning grades are slower to get back to the users. Which possibly means more AT work. I guess the question would then be, is there enough improvement in the quality of grading to justify that being the case?

Grading exam to earn the right to grade (to ensure …

It’s an interesting idea but comes with faults. There are certain things that can be very subjective. Eg I’ve had assignments in the past where it was very hard to tell from the answers if a requirement was met or not, and had to make a judgement. Likewise, when using information from outside sources, people’s opinion may differ on how much info used counts as plagiarism. These things could be very hard to judge and scoring people on them seems unfair. Furthermore, if someone took such a quiz and failed, would this mean they are locked out of grading forever? What if they wanted to improve and try again?

I agree people shouldn’t take the mick with grading but feel that this could end up excluding competent users.

If people really want to prevent one-liners, maybe try one if these instead:

1) Create a minimum character limit on the grading box that prevents submission if the comment is too short.

2) Make it a hard rule that all comments are to be a certain length and that a user has the right to complain if this is not the case. Also punish graders who are culprits of this.

I disagree with this for one reason: Keeping a pet involves feeding them, which can be very costly for a user. To involuntarily receive a pet as a gift might be detrimental to users who don't have a lot of money to begin with. This forces on them the choice of either ruining their bank account by keeping the pet, or making the emotional decision to release them. Pets should be able to be acquired by the user only, as a decision they have made themselves, and not from being gifted by others.

I would love for this matter to be raised again on the basis that interest rates have now changed. Grad staff, who are not allowed to do homework or grade, cannot make even close to as much money as anyone with a student account as their only means are the weekly salary, riddles, anagrams and interest. Meaning if they don't have much money to start with, they will be surviving on very little, which restricts access to more expensive parts of the site - potions brewing, for example. Think about it: To even get one potion, you have to go through potentially loads of Whispering Wizard wheel spins (50G each) and that's just to get one recipe, never mind the ingredients. Once you have that, and have purchased the ingredients, you have to wait a long time for the potion to be ready, and even if you do everything perfectly, there's no guarantee that the potion will succeed. In the event that it fails, that's more money you have to spend buying fresh ingredients. It simply isn't covered by the current salary, especially if you also need to buy food/drink to survive outside of the free food meal times, or even just generally buy stuff as the purpose of the site is to be able to enjoy it. Please do reconsider this.

I would like to offer a suggestion that combines this with the suggestion of teachers being able to see all homework done with their subject. Obviously, creativity is very subjective, and one person's idea of creativity might greatly differ from another. Therefore, I think the creativity award idea is great, but should be kept to the teacher's discretion. If teachers were able to see all of their class homework, perhaps they could have the option of clicking a button to reward creativity if they think the homework was particularly good. If that's potentially a problem with the site storing huge amounts of work, then maybe the teachers could have a 1 week window in which to do so before it disappears.

If I zoom in on my browser, the text does not wrap to fit the screen, meaning I would constantly have to scroll left and right to read the text. A zoom feature would simplify things by increasing the text size while still wrapping it so that it fits on the screen. Copy/paste could work, but again, some topics are quite long.

Topic Deletion due to presence of banned user

Ok, thank you guys, I have owled the prefect leader to ask about it. :)

That's all very well; however, I think the point is that at the moment we have to do it in a very roundabout way. For example: If i want to report some activity on a topic to a prefect, I have to go through the following steps:

3 - Write the owl to the prefect containing that information

It might not seem like much, but it's a lot of work compared to being able to click on a button that directly reports a specific bit of information, and leaves a lot of room for error. A button would enable the right information to go directly to the correct person to look at it.

I second this, it would be really useful to be able to report something instantly. Also would be helpful to have a guide of which staff members to contact for various situations.

Relax the rules on what you can/can't do in an …

Yes, I understand, the WoP rules are there for a reason. I'm not saying let everything be a free-for-all, just that perhaps a bit of flexibility is called for. If there's a genuinely creative idea, maybe just let it play out and see what happens? Or if a member really is not allowed to do something, perhaps the prefects can offer an alternative suggestion, rather than simply tell someone not to do something. 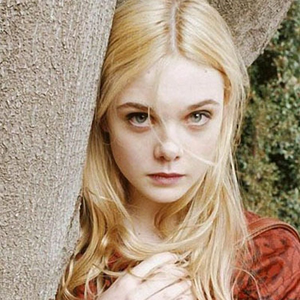