Plants are better than peop- wizards

Plants are better than wizards

don't you sometimes feel that people and animals annoy you? You'd much rather take a trip into nature and if the weather is bad, well, then you just take care of the jungle in your own four walls. We are talking about plants! The care of magical plants takes a large field in the Harry Potter world but so far there are hardly any on WoP!

We want to change that and introduce a new feature for WoP: Plants are better than wizards.

- Buy a seed package from Madame Sprout and get random seeds of different value when you open it.

- There could be magic seeds as well as normal seeds

- Water the seedling regularly (but not too much)

- A countdown similar to the meal times in the Great Hall will go down, indicating the time until the next watering. If you forget to water your plants too often, they will wilt and you will have to replant them. After one IG year, the plant is fully grown and appears in the "Greenhouse" tab.

- To avoid having to wait 11 weeks, a magic bean can be purchased for real money that will make the plant grow out immediately. The beans can be purchased either individually or in packs of five or ten. One magic bean costs 49 cents, five beans cost 1.99€ and ten pieces cost 3.75€.

- With a lot of luck, you can win a magic bean at WW-Wheel

- In structure, this feature would be like the pets-feature. In addition to the pets, you would have the tab "Greenhouse" in your profile, where your own plants are located.

- After some time, the fully grown plant gives ingredients/food (fruit/vegetables), depending on the type of plant, which is placed in the chest and can thus be used for potions or consumed.

- The user will only know which plant he has grown an IG year once it is displayed in the greenhouse.

- Unwanted plants can be resold for half the price, and the galleons earned will be credited to the user.

- The plants would have two "hunger bars" that indicate the status of watering and fertilizing. For this you could use the fertilizer from Madam Sprout's botanical store, for watering use water from the stores. Thus, the user can keep the plant alive with fertilizer and water from his chest.

- You yourself and other users could talk to the plant (instead of "cuddle" as with pets, the button says "entertain") to make it happy. For this, there would be experience points, just like with the pets.

- VIPs have the option to name their plant once. Non-VIPs cannot, the name field is blank. However, both VIPs and non-VIPs can change the name of their plant for 49 cents. 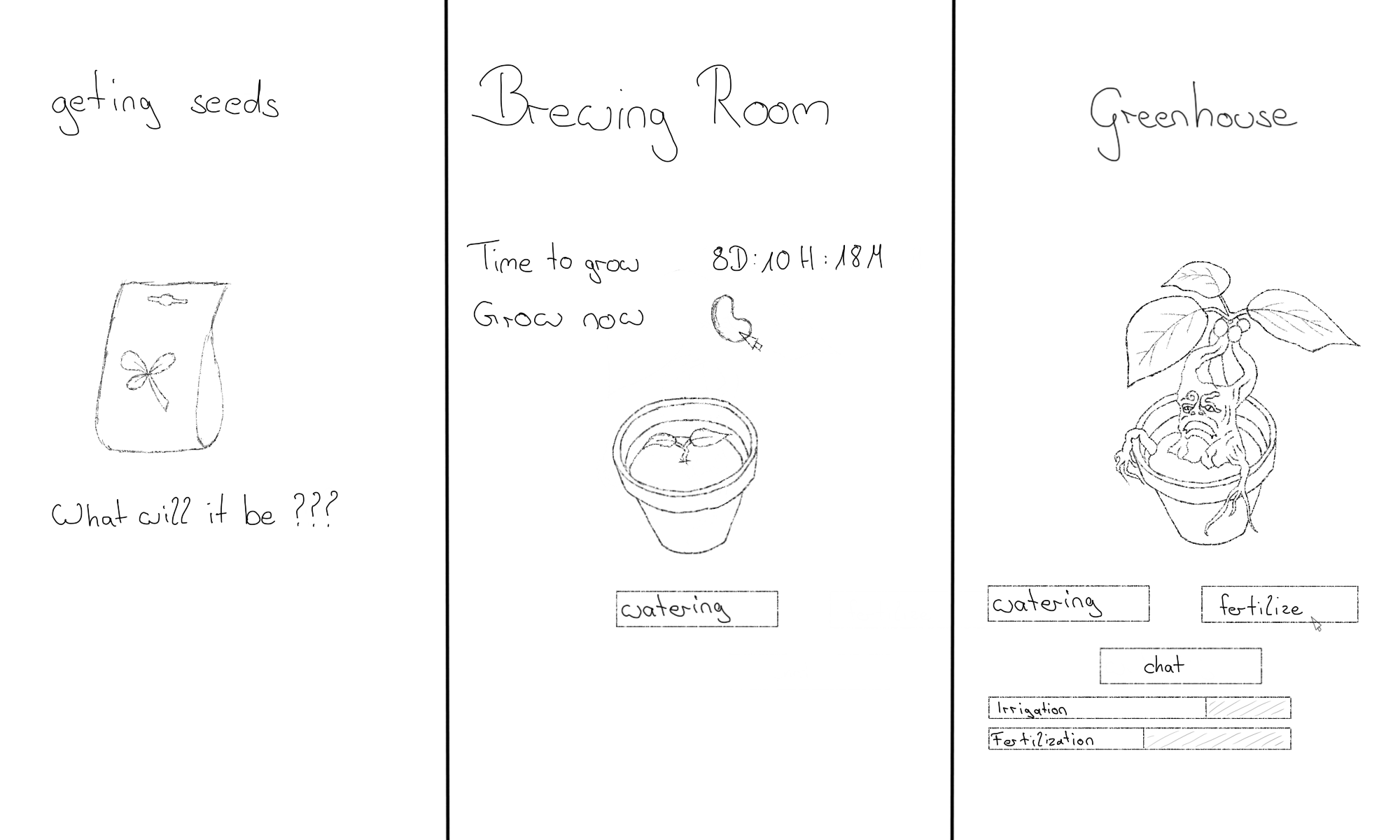 You like this idea? Then we would appreciate a thumbs up and a comment! Maybe you even have an idea to improve this feature. We would be very happy if this feature is accepted and maybe even implemented!

the Illustratation-team of World of Potter

In theory, a good idea, and can be immediately implemented on a new site, simple making it a type of pet, changing the illustration, and setting a new special food for it. However, this is site specific, and should be discussed with your MoM.

I love this idea!